The LGBTQ+ Community’s Complex Relationship with the Outdoors

January 23, 2023 | Zack Newsome | Tips | Leave a Comment
When you purchase something using the links in our posts, we may receive a small commission — but it never affects your price or our opinions.

This article is a part of our Outdoor Inclusivity Series – an exploration into the issues that keep some from more fully experiencing and enjoying the outdoors. Read part 1 of this series, “Why the Outdoors Should Be for Everyone”.

We recently ran across this article on Yahoo News about a couple who decided to sell everything, move into an RV, and hit the road. Their story is like so many currently found across blogs and social media – with one big difference – the article describes how, as a lesbian couple, they face judgment and often feel unsafe as they travel. While the article ends on an encouraging note as the couple found unexpected acceptance and community in a Texas bar, their experiences should be concerning to all who love and enjoy the outdoors.

As highlighted in part 1 of this series, the truth about the outdoor community is that it’s not nearly as accessible as it should be for some communities. No one should worry about facing judgment, feeling unsafe, or having to hide their true self when enjoying the outdoors.

Unfortunately, those in the LGBTQ+ community far too often face these challenges.

In her article about LGBT people taking on the great outdoors, writer Heather Dockray describes, “an enduring stereotype of ‘outdoorsy’ people: They’re white, cis, straight, and love granola and/or semi-automatic rifles.” If we’re honest, most of us would agree that when we think about outdoor activities like camping, we primarily imagine straight, white people gathered around the campfire.

For LGBTQ+ people, this stereotype creates barriers to enjoying all the outdoors have to offer. Outdoor stereotypes like the one above, serve as a subtle whisper of “this isn’t for you” and “you’re not welcome”.

According to the Momentus Institute, “Stereotypes are the idea that everyone within a certain group shares the same characteristics.” Stereotypes are ways in which we try to categorize others.  But stereotypes fail in their oversimplification.  While they may hold some elements of truth within them, they ignore the individuality and diversity of interests within a group. Stereotypes also ignore the outliers – those who defy traditional stereotypes.  In ignoring these outliers, stereotypes miss out on the full picture and exclude new and diverse voices and contributions.

Because stereotypes don’t include the whole story, they are often harmful to those who don’t neatly fit into them.  In his article, “What the outdoor rec industry doesn’t get about the LGBTQ community”, adventurer Mikah Meyer, writes, “Nature doesn’t care who you are, but people do.” Nature doesn’t care about the sexual orientation or the gender identity of those who trek through its lands.  So why do we?

Regardless of who we are, we all need to challenge the traditional outdoors stereotype.  The outdoors aren’t reserved only for certain types of people.  All people deserve to experience the beauty and benefits of outdoor spaces. Breaking the “white, cisgender, and straight” stereotype to be inclusive of those in the LGBTQ+ community is important.

Outdoor spaces inherently possess a certain amount of danger. When we venture into nature, we leave the safety net of paved roads, permanent shelters, and emergency services.  Nature can be ruthless. Severe weather can surprise us. Rugged terrain can punish us. At some level, the risk of the outdoors is what draws us to it.  It forces us to be more self-aware, self-reliant, and thoughtful of our surroundings. A healthy amount of fear of nature helps to keep us safe while we’re outdoors.  But when outdoors, no one should have to fear other people.

Kim Kelley Stamp and her wife fear stirring up “an angry reaction from people who disagree with their ‘lifestyle'” while RVing across the United States. Mikah Meyer faced discriminatory comments upon return from his world-record journey to all 419 National Park Service sites. Elyse Rylander, the Executive Director of Out There Adventures, explains some of the questions the LGBTQ+ community has about going outdoors, “What am I going to experience out there in the backcountry?.. I’d much rather encounter a black or brown bear than somebody whose motives I don’t know.”

Members of the LGBTQ+ community often feel weary of their safety when in outdoor spaces.  While tragic, this truth isn’t surprising when you consider that 15 US states still don’t have laws against hate crimes that expressly address either sexual orientation or gender identity.  Many of these states, including Alaska, Idaho, & Montana, are known for their outdoor offerings. In addition, many RV parks, campgrounds, and managed parks are in rural areas – which can be less accepting of those in the LGBTQ+ community.

No one should have to be fearful when venturing into outdoor spaces. LGBTQ+ people deserve to feel welcome while out on the trail or at RV parks. We all need to be aware of discrimination outdoors –  confronting it when we witness it and working hard to ensure we are welcoming to all.

The Lack of LGBTQ+ Representation in the Outdoor Industry

Browse through the websites of most outdoor-oriented companies and you’ll discover a lot of male-centric images of predominantly white, cisgender, heterosexual people. What you won’t see are members of the LGBTQ+ community being represented.

When adventurer Mikah Meyer began to plan his epic journey to visit all 419 U.S. National Park Service sites he struggled to find sponsors. Meyer recognized that potential sponsors would back out at the critical moment they found out he is gay. One sponsor terminated his contract after working with him for 11 months because he was “doing too much LGBT outreach”.  REI eventually partnered with Meyer to market its OPT outside campaign marking. According to Meyer, “It was the first time in the history of the industry that an openly gay man was ever featured in any outdoor recreation campaign.”

Civil rights activist Marian Wright Edelman once said, “You can’t be what you can’t see.” For members of the LGBTQ+ community, the lack of representation in the outdoor industry can leave them struggling to find their place in the outdoors. Thankfully, through social media LGBTQ people are beginning to change the narrative.

“We’re creating our own outdoor narrative,” author and podcaster Jenny Bruso told The Advocate. “One that fits all of us. Through social media communities and hashtags, we’re able to find each other and have our social media feeds represent the broad spectrum of who’s truly recreating outdoors while the traditional platforms and brands represent the same narrow image we’ve grown accustomed to.”

LGBTQ+ Organizations Are Working to Make the Outdoors More Inclusive

Over the past few years, some great LGBTQ+ organizations have taken the lead in breaking stereotypes, creating safe spaces for LGBTQ+ people, and increasing LGBTQ+ representation in the outdoor industry.  Here’s a list of some of the organizations, websites, and social media accounts we love:

Know of other amazing LGBT+ organizations, websites, or social media accounts we missed?  Let us know in the comments and we’ll add them to our list!

Part 1: The Outdoors Should be for Everyone 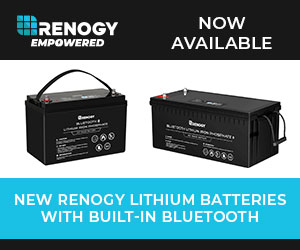