Satellite Communicators: How to Stay in Touch While Off the Grid

November 7, 2022 | Zack Newsome | Gear, Tips
When you purchase something using the links in our posts, we may receive a small commission — but it never affects your price or our opinions.

Everybody’s definition of what is the wild is different.  For some, the wild might be a hike in the hills on the outskirts of town.  For others, the wild is backpacking deep in the mountains far from civilization.

My definition of the wild is somewhere in between. I love exploring spaces off the beaten path, usually right on the edge of cell phone coverage.  On most trips I take into outdoor spaces, I can’t be sure whether I will have a cell signal where I am going or not.  Sure, cellular carriers all have coverage maps, but I find these unuseful for accurately determining whether or not I will be able to make a call in an emergency.

For many, one of the main thrills of exploring the wild is the potential for improvising and displaying self-sufficiency in emergency situations outdoors.  For sure, all explorers of wild spaces should have some basic understanding of how to make it out alive when something goes wrong, but I prefer always having a way to “call home” if things go sideways.

Safety in the outdoors demands an appreciation for redundancy.  Relying on only one way to start a fire or only one source of food can quickly become a mistake when off-grid.  You may be wired differently, but when I’m heading out to enjoy the outdoors, the last thing I am interested in is enacting my own personal survival show.  It’s important to me (and to those who depend on me) to come back safely at the end of my trip.  Exploring wild spaces is one of my favorite things to do, but it’s not worth my life.

The good news is that we no longer have to take unnecessary risks when spending time outside civilization’s bounds.  Cellular coverage in the United States is ever-expanding and you might just find that your favorite spot in the woods has just enough “bars” to get a call out. I’m consistently surprised by where I can manage to find a cell signal these days.

The challenge with relying on cell service is that you never know if you will have it or not when you’re off the beaten path.  You may be able to facetime your family while camping for a night miles outside of the nearest town, but you may not be able to get a call out over the next hill while hiking the next day. I’ve sailed down the California Coast and been able to answer work emails or stream music without issue.  I’ve also sailed very similar routes and not had cell coverage for most of the day.  The bottom line is that you never know what coverage you will have when you’re exploring remote spaces.  If you’re like me, I want a backup plan when I’m off the grid.

The answer is a satellite communicator – a communications device that utilizes a network of satellites to keep you connected to the outside world, even without cell coverage.  With one of these babies, you’ll never need to worry about being outside of cell range again.  If something goes wrong while you’re off the grid, a satellite communicator will allow you to send a text to family and friends or call emergency services no matter where you find yourself.

Satellite Communicators that can be used without a cell phone

These devices can be used on their own to message home, but also can connect to a mobile device and companion app for easier messaging. They typically have more features that may include GPS mapping, an altimeter, a compass and other useful tools.  Some devices of this type include a screen and keyboard (think the old Blackberry format) and others utilize a screen with a number of buttons that can be used to type out a message.

The Zoleo Satellite Communicator is a wallet-sized black and green device that is marketed to extend your messaging capabilities around the globe without coverage gaps.  When paired with its free companion app, the Zoleo uses wifi or a cellular network to send and receive messages when available.  When not in wifi or cellular range, the Zoleo uses the Iridium satellite network to get your messages out. It has a protected SOS button on its front as well as an additional “Check-in” button that allows for sending predetermined check-in messages without using the phone/app. Once activated with a Zoleo plan, the Zoleo includes a dedicated SMS number and email address – a nice feature that makes for easier messaging for friends and family.

The Garmin inReach Messenger is an all-black, square device that’s about half the size of a cell phone – though thicker. Much like the Zoleo, the inReach Messenger is meant to be paired with a companion app and it has minimal direct functions on the device. Unlike the Zoleo, the inReach Messenger includes a small, black-and-white, display on the front of the device to allow you to see what’s happening on your device without using your phone. The Messenger also takes advantage of your connected phone’s cellular or wifi connectivity (when available) to send messages without tapping into your satellite service plan allowance. With up to 28-days of battery life and a “safety charging” option – allowing you just enough juice to send a message – the inReach Messenger is a great option for those serious about the outdoors, as well as serious about safety.

The Garmin inReach Mini 2 is Garmin’s fuller-featured satellite communicator. The Mini 2 is a tiny device with a larger display than the Messenger allowing for some advanced routing and tracking features when hiking.  The larger display gives you the ability to scroll through received messages and to easily send preset messages.  Fitting easily in your hand, the biggest selling feature of the Mini 2 is its small size.  Like most of these devices, pairing the Mini 2 with its companion app makes the device infinitely more usable. Overall the Mini 2 is a nicely designed device, but it doesn’t give you a whole lot more than the Messenger.

The ACR Bivy Stick is similar to the Zoleo in that it doesn’t have a display on the device itself. Its rectangular shape includes a large hole through the top of the device to use for hanging.  While most will hang their satellite communicator from a backpack, devices that have easy attachments to hang, like the Bivy Stick, allow you to store it in more places.  Speaking of storing it, the Bivy Stick relies heavily on its companion app to access and complete the typical satellite communicator features: global satellite messaging, weather reports, location sharing and tracking, and check-ins.  Like other similar devices, it does have dedicated check-in and SOS buttons. One plus with the Bivy Stick is that its available service plans do not have activation fees.

For the messaging addicts out there, the Spot X is a satellite Communicator that has a built-in keyboard. With a similar “blackberry” designed front, half of the Spot X is a display and the other has a small keyboard. Beyond the keyboard, the Spot Z also has dedicated SOS and tracking buttons. With its own dedicated phone number, the Spot X truly is a stand-alone device.  With most of the industry moving to devices that heavily rely on companion apps, some may love the independence of the Spot X.  While it does have its own companion app, the Spot X is the device most capable of being used without the app.  With only one battery to worry about keeping charged and only a single device to worry about, the Spot X may be perfect for the minimalist outdoorsmen types.

Satellite Communicators rely on a satellite network to send and receive messages outside of cell phone range. Each company has their own service plans for their satellite communicators.  When choosing a plan, first consider the number of messages you’ll need per month as well as the costs involved to suspend your service in months where you won’t make it off-grid.

Most of us really don’t need (or want) to stay in touch with those back home while we’re out in the wild. We don’t need to carry on full text conversations when we’re camping, hiking, fishing, sailing, or doing anything else off-the-grid.  What we need is the safety of being able to communicate with friends, family, and emergency services IF we need to.  The Zoleo gets the messaging and SOS functions done well.  And if you do choose to send a few more messages while outdoors, the Zoleo and its companion app can do that too. But the price of the Zoleo is what sets it apart.  It’s the cheapest device in our list and its service plans are some of the cheapest and most flexible of the bunch. It’s a great device.  It does everything the others do at a much lower price. If you’re looking for a satellite communicator, save your money for other gear and get the Zoleo. 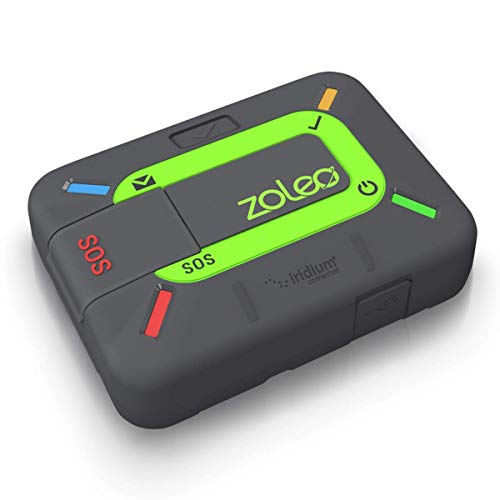